From the inception of the Blue Devil Eagle Battalion, UNC students comprised a significant portion of the Cadet ranks. Starting in 1984, first year military science courses were taught on both the Duke and Chapel Hill campuses. ROTC continued to thrive at UNC, and in 1989 the university recognized the Army ROTC program. Over the next ten years, the program at UNC grew significantly, gaining extension center status in the 1994-95 school year.  In 1998, UNC-CH became its own host institution, ending the official partnership between Blue Devils and Tarheels.

Students from North Carolina Central University were in Cadet ranks from the beginning as well. In 1985, an office and classes were added at North Carolina Central University in the hopes of increasing the number of NCCU students in the program. In August of 1995, the program signed an official cross-enrollment agreement with NCCU, making  the  Eagles an official partnership school with Duke ROTC. In turn, NCCU granted the program departmental status concurrent with this agreement. The partnership is still in effect, with the ranks of the Blue Devil Eagle Battalion comprising Cadets from both universities.

Throughout the program’s history, the Cadets and cadre of the Blue Devil Eagle Battalion have supported the Army in ways beyond the typical duties of ROTC. In August of 1990, two Cadets from the Blue Devil Eagle Battalion were mobilized with reserve units in support of Operation Desert Shield. Later, two officers from the cadre deployed in support of Operation Desert Storm.  Currently, the battalion has numerous Cadets in the Army National Guard and Army Reserve through the simultaneous membership program.

The Blue Devil Eagle Battalion has maintained a high standard of training for its future Lieutenants. This standard has manifested itself  repeatedly when Cadets have participated  in additional training programs. Blue Devil Eagle Cadets have regularly earned high honors at Cadet Summer Training, Airborne and Air Assault School, and in the Basic Officer Leaders Course.  The battalion’s Ranger Challenge teams have excelled during the annual Brigade competition, earning 2nd place in 1994 and 1st place in 2000, 2008, and 2012.

The Army ROTC program at Duke University and North Carolina Central University continues to prepare and train the future leadership of the Army and looks forward to the challenges of the 21st Century. 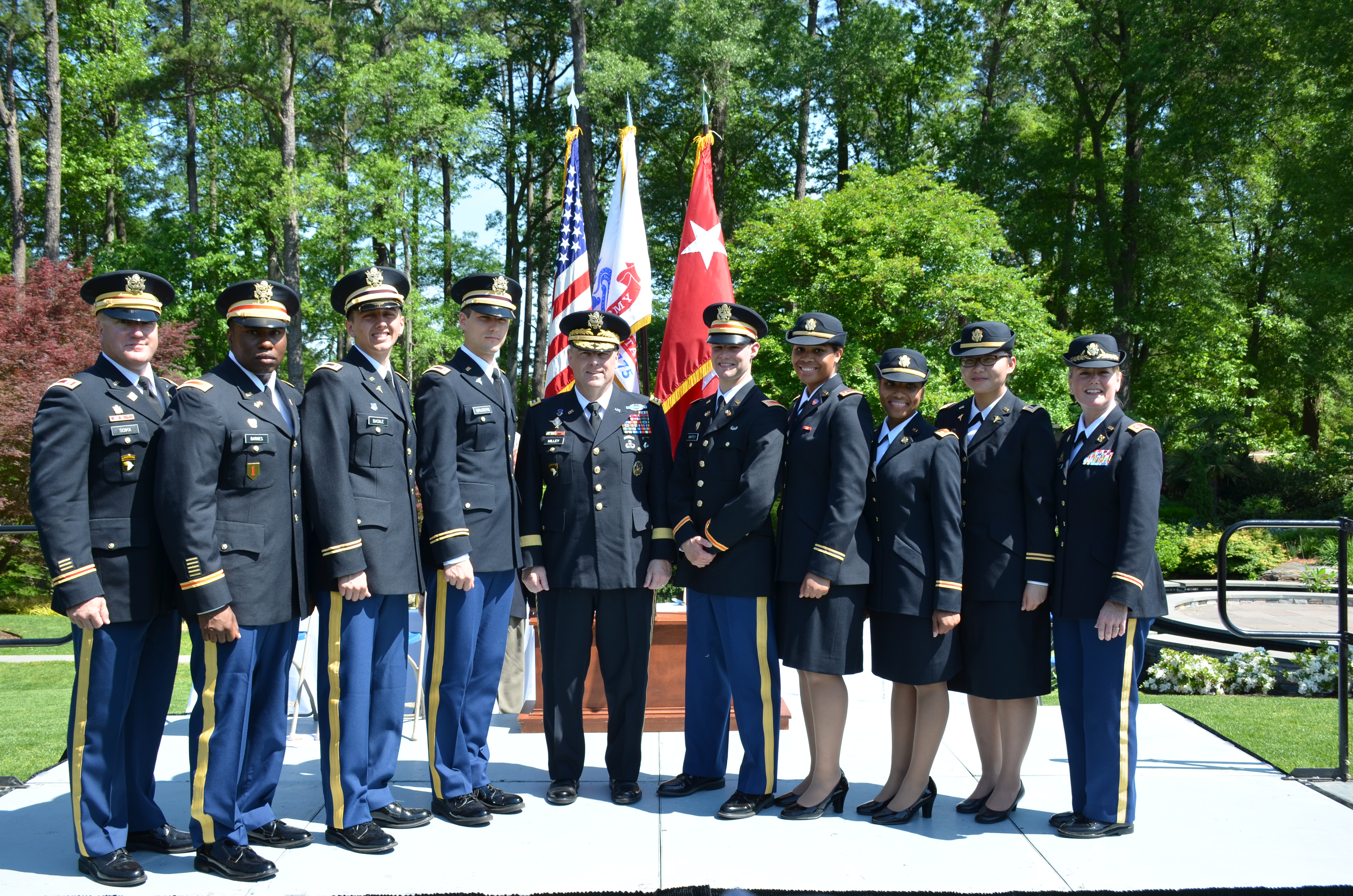